There are currently two crowdfunding projects that WFRP fans might be interested in. The first I posted about last week: Triple Ace Games’s Kickstarter for a Thirty Years War sourcebook in its All For One: Regime Diabolique line: 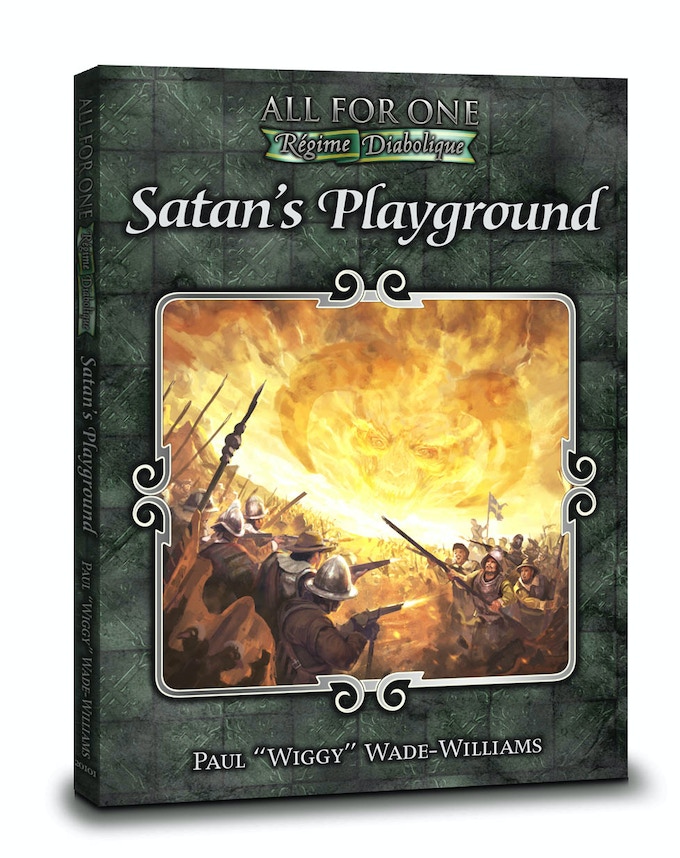 War is hell, and the Thirty Years’ War was worse than most. Germany (and neighboring lands) was ripped apart by the war. The fighting between armies was bad enough, but decades of conflict brought with it widespread famine and disease, economic strife, witch hunts, and marauding armies looking for food and loot in equal measure. In Satan’s Playground, the war is made worse by the machinations of two demon lords fighting to earn the favor of Satan and become infernal ambassador to the Holy Roman Empire.

Marauding armies, cruel mercenaries, Satanic cults, starving peasants who will sink their teeth into anything edible, and twisted fiends from hell are not the only dangers heroes will face – in Satan’s Playground, starvation and pestilence play a major role.

As with All for One: Regime Diabolique, Satan’s Playground is set in an alternate history in which the supernatural is very real to the inhabitants and historical events have been tweaked to suit the needs of the setting.

That project has (just about) reached its goal, but there’s a GM Screen as a stretch goal as well. I think it’d be the first time All For One would have a physical screen. Up to now, GM’s have only had print-&-play inserts you could buy at Drivethru.

In any case, it’s worth backing before it ends in a few days: link here.

The second crowdfunding campaign is rather different since it’s in German. Ulisses Spiele (the company behind The Dark Eye, Germany’s leading RPG, as well as the new licensee for the 40K RPG) is backing HeXXen 1773, available free and PWYW in its first edition form, HeXXen 1730. 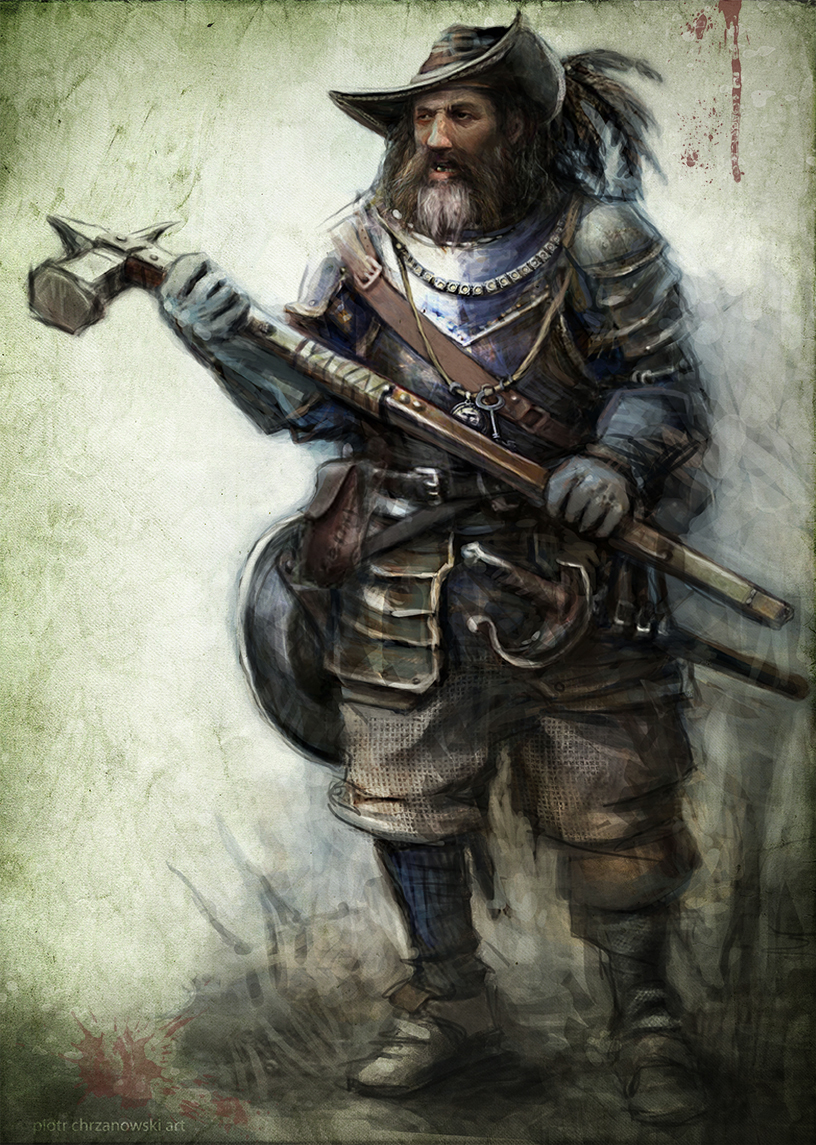 Here’s the first part of the description, in my translation:

We find ourselves in a parallel Baroque Europe: the Thirty Years War never officially ended, but humanity and in particular Central Europe have rather different problems. A gate to Hell has opened in the Black Forest and since then all the creatures and monsters from myths and fairly tales have become dangerous reality. Werewolves crisscross the forests, spirits haunt the living and witches bring suffering and damnation to whole communities. Fortunately the Chaos is accompanied by a few, positive things. Thus many people develop supernatural abilities which are fed by their belief or conviction. Holy symbols and prayers can actually help against the beasts. In this way a whole new class of wandering warriors develops to fight against Evil: the Huntsmen.

“When we were captive in this house, we learnt a few things: first, never go into a house made of sweets. Second: when you want to kill a witch, light a fire under her arse.” – Hänsel and Gretel, Witch Hunters.

You work with the technology of your time, with swords, crossbows, muskets and pistoles, but also with technomagic or alchemy. And you are the absolute, unsurpassed specialists at tracking down and destroying monsters. Every heroic character you play is capable of superhuman feats. They are unsurpassed marksmen, insuperable warriors, masters of the rapier or of supernatural gifts. HeXXen 1733 is a game of stylised action, capable heroes and fast combats.

So while the background is reminiscent of other not-HREs in roleplaying, like WFRP, this system is much more cinematic. The reference to the movie Hansel & Gretel: Witch Hunters is not accidental either. In the crowdfunding video, the author cites the movie as his inspiration and that’s what he’s seeking to replicate. Personally, I loved the movie, so this looks fantastic.

Note that the crowdfunding platform collects money immediately rather than at the close of the drive. Link here. It ends on 18 September, 2pm CET.