First of all, apologies for the lack of posting recently. No excuse!

Secondly, a recent thread on rpg.net on things you like that no-one else does reminded me that I really like the 1 Crown = 20 Shillings = 240 Pence system. I’m nowhere near old enough to remember the old money in the UK, but it’s actually a very intuitive system, dividing neatly, as it does, into thirds, quarters, sixths and eighths. Once you’ve got your head round having to calculate in fractions, it’s pretty easy.

Having said that, there is something to be said for catering to your audience’s (in this case, decimal) needs, so in that spirit I suggest introducing the taler. 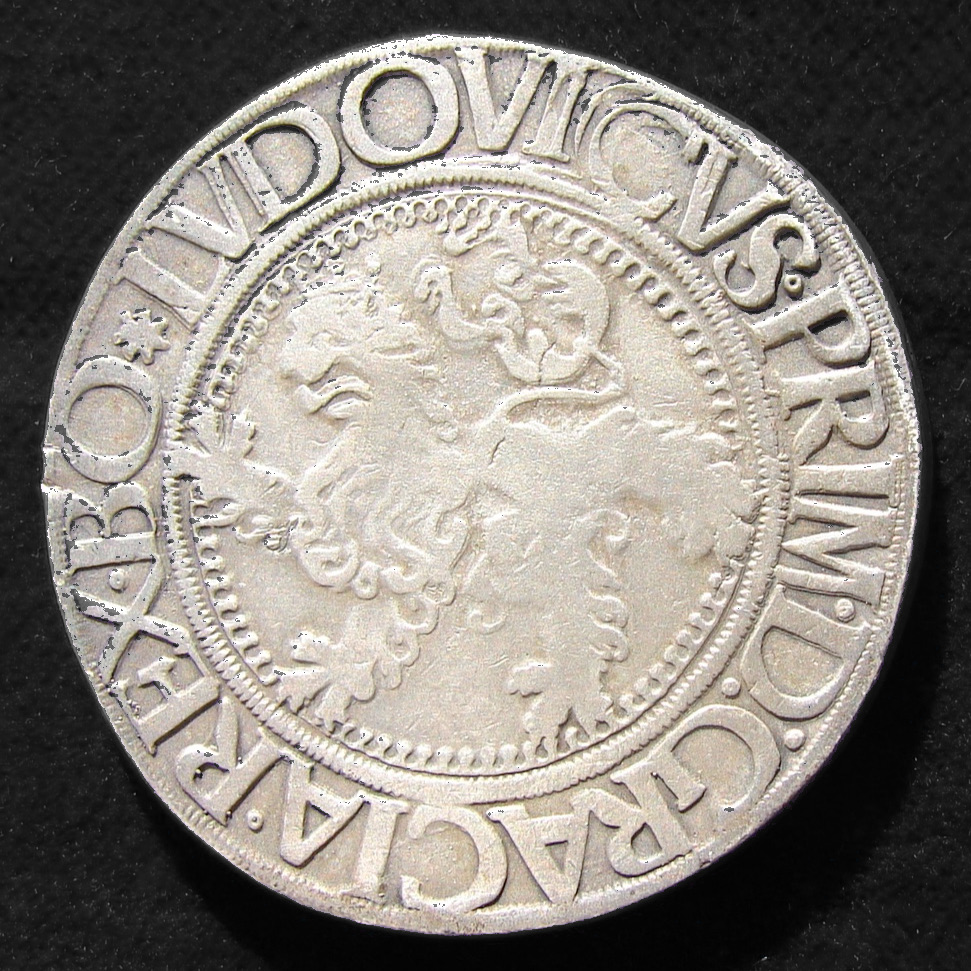 The reverse side of a 1525 Joachimsthaler, with the Bohemian lion. An Imperial taler would, of course, have a hammer or comet.

The taler (or thaler) was the German name given to silver coins minted from the silver found in Bohemia’s Joachimtal (Joachim’s Valley) and the name eventually enjoyed a rather successful life in its English form the ‘dollar’. But even so, I’d suggest keeping the old German word in the Empire to retain a bit of exoticism. In-game, it could be worth 2 Shillings, thus making 10 Taler to a Crown. (Alternatively, it could be worth 10 Shillings, but that would strike me as a very heavy silver coin!)

In any case, I hope 4e doesn’t just include the old money system but actually uses it. Both 3e and Zweihänder have had the right idea that way: gold should be very valuable, with most purchases done in silver and copper, with the various levels of purchasing power also being reflected in which social classes tend to use which coins.